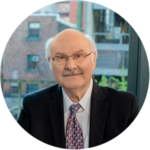 Chairman of the Board

Mr. Harcourt is a graduate of the University of British Columbia and became Mayor of Vancouver in 1980, serving three consecutive terms until 1986. In 1986, he was elected to the British Columbia Legislature. In 1987, he became Leader of the Official Opposition.

In 1991, Mr. Harcourt was elected Premier of British Columbia - a position in which he remained until 1996. Between 1996 and 2004, Mr. Harcourt was appointed by the Prime Minister to serve as a member of the National Round Table on the Environment and the Economy where he served on the Executive Committee and Chaired the Urban Sustainability Program. He served as a federally-appointed B.C. Treaty Commissioner and is both the Honorary Chair of the International Centre for Sustainable Cities and Co-Chair of the International Panel of Advisers.

Mr. Harcourt also serves as an advisor to Translink B.C. and is an Associate Director at the Centre for Sustainability, Continuing Studies at U.B.C. He is an honorary co-chair on both the University of British Columbia's Advisory Council on Sustainability as well as the Canadian Electricity Association's Sustainable Electricity Program Advisory Panel.

Notably, in 2005, Mr. Harcourt was awarded the Woodrow Wilson Award for Public Service. In 2008, he was awarded the Alumni Achievement Award for Distinction for contributions to B.C., Canada and the world from the University of British Columbia. In 2012, he was named an Officer of the Order of Canada. 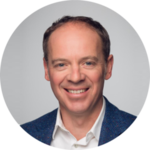 Mr. Bomford is the Chief Executive Officer and a director of True Leaf, a position he has held since the Company’s inception. Mr. Bomford has three decades of pet executive experience, with extensive expertise in marketing, product development and professional manufacturing systems. Prior to founding True Leaf, Mr. Bomford was the Chief Executive Officer of Darford International, a publicly-traded pet food manufacturer which he founded in 1987. During his years with Darford, Mr. Bomford led the construction of three federally inspected production plants in the United States and Canada. Following the acquisition of Darford by Can Am Pet Treats Ltd., Mr. Bomford began focusing his attention on the medical marijuana industry and regulations in Canada as it relates to pet care and wellness. This ultimately led to Mr. Bomford founding TL Medicine, True Leaf’s predecessor company, in 2013.

Jennifer is the company’s CFO and comes with over 16 years of diverse and progressive accounting and management experience, including experience in private and publicly traded companies within a complex financial structure. She has a broad range of experience in a number of industries, including Progressive Air Services, PRT Growing Services Ltd and Tolko Industries Ltd. Jen started as True Leaf’s Controller in the Fall of 2019 to lead an internal initiative to improve financial controls and reporting and assumed the position of CFO in March 2020. She was appointed to the board effective September 13, 2020.

Sign up to get the latest on sales, new product releases and more!

By clicking enter you are verifying that you are old enough to consume alcohol.

Your cart is currently empty.